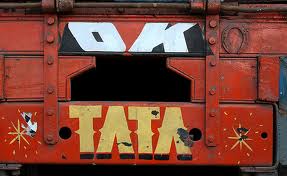 Last week I heard the news that Ratan.N. Tata, chairman of the Tata group has announced his retirement.
or
he’s run his marathon for now ….and won big time.

Tata bought up Corus. Here, we had to steel ourselves and accept that
and
there

In the socialist ‘bullock cart growth’ version of Indian life during my childhood and well into my adulthood of the eighties, OK TATA was everywhere, even on Mahindra trucks
and
while India is now flooded with a thousand different kinds of aspiring Tatas in order to consume, have and grow, R.N. Tata has followed me to the Netherlands.
OK TATA

Here, Tata Consultancy Services is a sort of buzz-word. TCS is IT.
or
in sms language – u c  TCS r IT.
and so
TCS was the sponser for the Amsterdam marathon held on October 20. They collected 115.000 for cancer research for the Vu medical center.

Because
One out of three people are diagnosed with cancer in the Netherlands and every year 50,000 people here die of it.
On 8 January of 2013, R.N Tata will be awarded an honorary doctorate by the University of Amsterdam, along with the Dutch astronaut Andre Kuipers.

He retires from his job as chairman in December 2012. 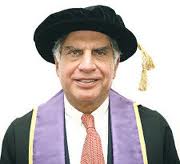 Here are some links