Here is an example of a recent exchange on What’s App with a family member planning to visit me:

Me: “You mean in Oegstgeest. I don’t live in Amsterdam”.

X has been to visit me before and knows I don’t live in the capital city any more, but in a gezellig village in the south-westerly direction of Amsterdam. No matter how many times I try to change the equation, it always comes back to this: 4 x: Amsterdam = The Netherlands.

And I’ve begun to wonder if the responsibility for the confusion lies with the slogan I amsterdam.

I amsterdam conveys its meaning through English, not Dutch. It’s there for eyes beyond Dutch borders, and has become synonymous with tourism. A 6.5 feet high display at the back of the Rijksmuseum testifies to this. Although it’s forbidden to climb onto the letters, an average of 6000 people a day do so to make selfies. I amsterdam is the name of the travel card and of the official website for visitors. 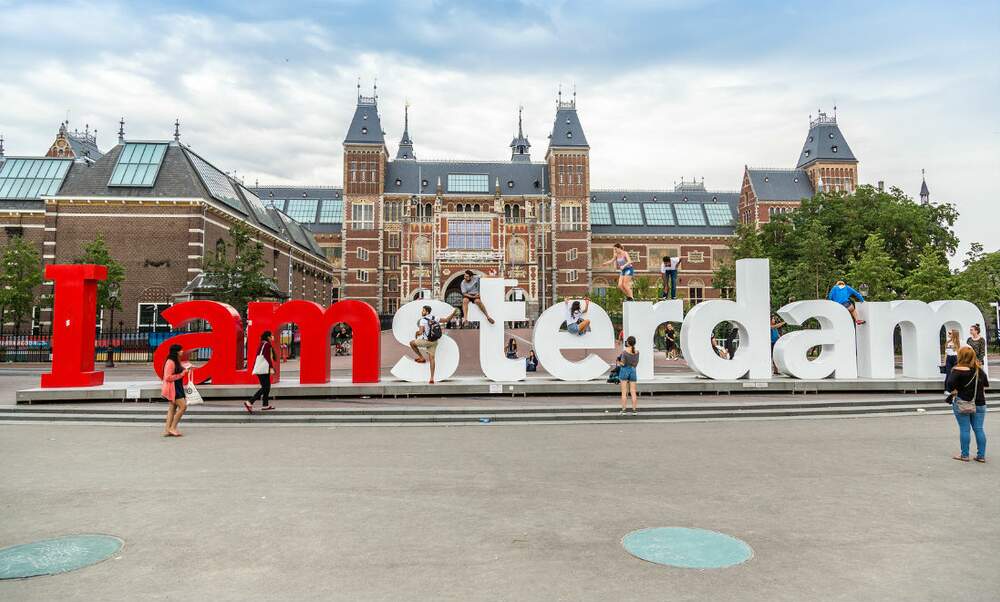 Ten years ago, as an Amsterdammer, I shared something of that of an I amsterdam’ feeling. I belonged to Amsterdam, and it belonged to me. Amsterdam was my village. I could get anywhere within the hour on my bicycle. It was my global village, accessible on two wheels. When I heard people complain of the ‘business’ in Amsterdam, I shook my head from side to side and smiled inwardly. They needed to visit Mumbai, my previous place of residence. By these standards, Amsterdam is far from busy even today, although the number of tourists swells by the minute, and the number of locals by the day. And I amsterdam welcomes everyone. 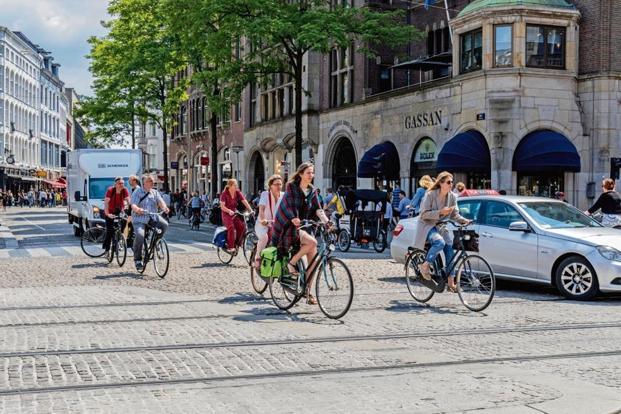 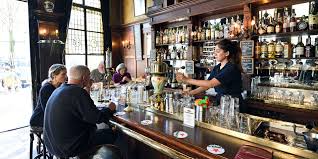 The proposition to give up the marketing miracle I amsterdam has recently become a point of discussion in the municipality. At what point does the city where your home is, where you work, and where your children grow up begin to feel like it’s not there for you? Just a couple of weeks ago, a friend who lives there said he had no reason to go into the city centre. That was for tourists. As for his 17 year old son, just finishing high school, there was every reason for him to go into the city centre. Youngsters find jobs at the drop of a hat. Doing what? Serving tourists.

The success of I amsterdam in drawing tourists by the millions has certainly spurred me to think about myself when I travel. More often than not, on the streets and cafes of Venice, or in the city centre of Copenhagen, or gazing at the Berlin Wall, I am not any different from the uncertain figure on his or her rented bicycle, enjoying the ride on the Singel in Amsterdam, while I try to make my way to work. In those exotic European cities, I am the tourist. In Amsterdam I now occupy a space that isn’t covered by I amsterdam. I’m not a resident and I don’t visit it as a tourist. Both types of I amsterdammers can stress me out when I’m on a bicycle in Amsterdam these days: the one swerving left and right uncertainly on a rented bike, or full swing with a bunch of friends in party mood on the bicycle track and totally unaware of my looming arrival on my rented bike; the other cursing and swearing while he or she whizzes by at top speed, half crashing into me – late no doubt because of all these ‘others’ on the bicycle track.

The way to do it, I’ve decided is to take the time, and cautiously make my way through this stunning city, which, I can honestly see exactly why millions would want to live in and other millions would want to visit. I’m not sure that the success of Amsterdam as a tourist paradise is to do with I amsterdam alone. That seems to be a simple way of putting the blame on two words with a strong message and incredible design.